NORMA Group is celebrating its 15th anniversary this year. The blog series 15 Voices – 15 Countries gives 15 colleagues from 15 countries an opportunity to report on their experiences at NORMA Group and tell us how NORMA Group has developed at their location.

Britta Steinkamp is a Webmaster/Marketing Coordinator at the NORMA Group site in Maintal, Germany.

Britta, how long have you been working at NORMA Group and how has NORMA Group changed or developed since you got here?

I started at NORMA Group on October 1, 1993 – 28 years ago. In 1993, NORMA Group was still Rasmussen GmbH and a family company – a fact that was also reflected in the very personal atmosphere. With around 8,800 employees worldwide, this is no longer possible today. There were global locations early on, though, including France, England and Spain in the early 1990s.

What events at NORMA Group have been the most memorable for you in your time here?

The merger of ABA and Rasmussen was one of the most important events. Whereas ABA’s clamps were once the competition, they are now our own. When a former competitor is suddenly part of the company, the entire mindset has to change. There was no longer an “I am from ABA” or “I am from Rasmussen”, but only “We are NORMA Group”. That was a long process.

The financial crisis in 2008 brought about another disruption. Suddenly having to be creative in the marketing department with a small budget and making sure that the company continued to develop despite this was challenging.

I also recall the IPO in 2011 very well. From that point on, NORMA Group’s focus was mainly on financial matters and the entire mindset changed.

But all these events also meant that my work at NORMA Group never got boring. Whether it’s a change in the company’s focus, new product lines, websites, new marketing technologies or other structures – constant change is what makes my job so appealing.

What would you like to see in the future of NORMA Group?

A well-balanced combination of new, fresh ideas and existing experience is what makes NORMA Group what it is and what drives it forward. The knowledge and experience that longstanding employees bring to the table should not be underestimated. But it is just as important and valuable to contrast this knowledge with fresh minds – it is the mix that is key.

What worked on a large scale during the merger to form NORMA Group can also work on a small scale: People with different backgrounds and views can work together in such a way that no opinion, no idea is discounted. There is a mix of cultures, nations, ages and experience levels in the company. This mix is valuable, we should use it to our best advantage.

For NORMA Group, I hope that we focus on the right topics despite continuous change in many business processes. That’s the only way we can continue to develop successfully. 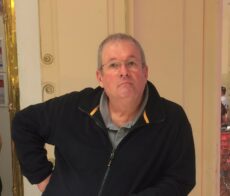 Remi Lecomte is Maintenance Manager at NORMA Group’s Briey site in France. In an interview, he reports on the past 39 years at NORMA Group. 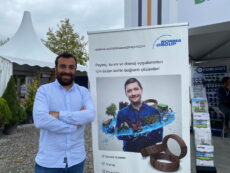 Ozan Yildirim works as Area Sales Responsible DS at the NORMA Group site in Istanbul. In an interview, he reports on developments in the water management area and the special team spirit at NORMA Group. 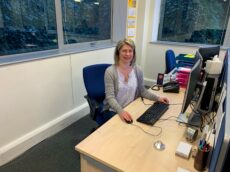 Simone Kirchner works as an Order Management Administrator at the NORMA Group site in Newbury, UK. In the interview, she reports on the changes at the site and special team events that she fondly remembers.