It’s a masterpiece of engineering art. It was also a mammoth project under construction for 17 years. It demanded the greatest effort in planning, logistics and coordination. At last, it became the longest railway tunnel in the world, linking Switzerland to Italy over 57 kilometers. It passes under the Gotthard massif in the Alps, in some places up to 2,300 meters deep.

The uniquely superlative Gotthard Base Tunnel was inaugurated on June 1, 2016, with an spectacular show. 1,100 guests were invited, among them leading politicians from all over Europe. The builder and operator, Swiss Federal Railways (SBB), celebrated the opening by holding a huge event. 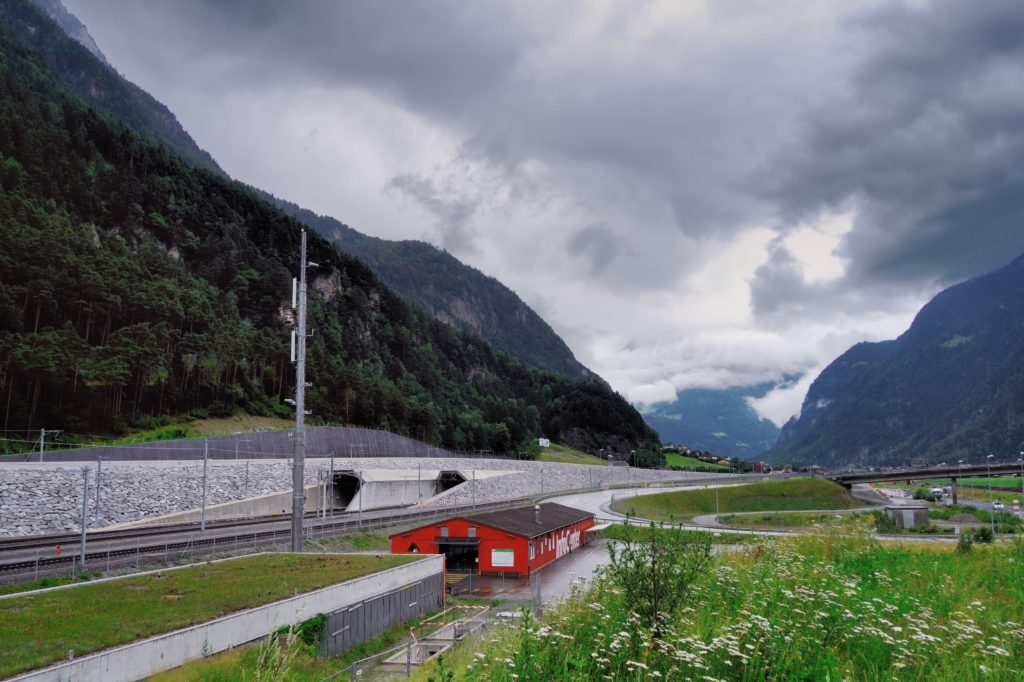 Operation started on schedule on December 11, 2016. By August 2017, 2.3 million passengers had traveled through the tunnel.

The Gotthard Base Tunnel consists of two single-lane tubes about 40 meters apart. Every 325 meters, the tubes are connected by transverse columns. NORMACONNECT FLEX pipe couplings connect mountain water drainage pipes in both of the tunnel tubes.

Safety is imperative in tunnel construction. That was dramatically demonstrated in the Gotthard road tunnel fire of 2001 and the Mont Blanc tunnel fire of 1999. These events led to significant increases in safety requirements for the construction of the Base Tunnel.

NORMA Group developed the fire-resistant NORMACONNECT RFP that withstand temperatures of up to 800 degrees Celsius. The connectors meet the demands of the hydrostatic pressure test, water impact test, leak test, vacuum test and torsion test – which is why they are approved for use in sprinkler systems. 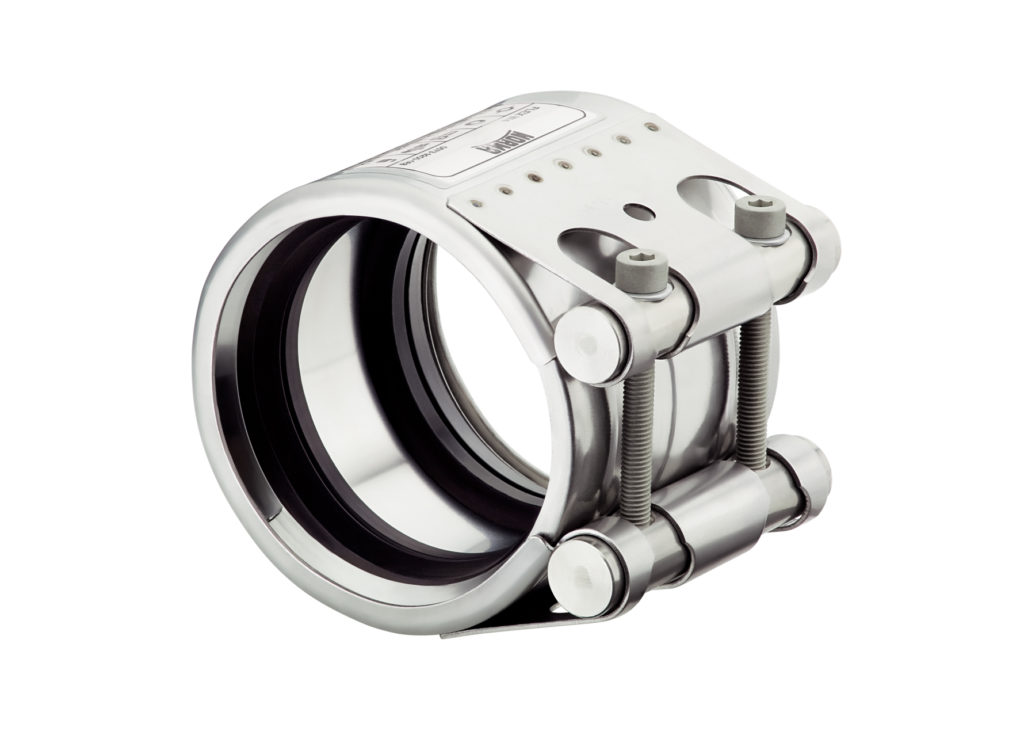 FLEX connects pipes made of metal, stainless steel, concrete and plastic. Even with gaps between the pipe ends, the coupling remains tight. 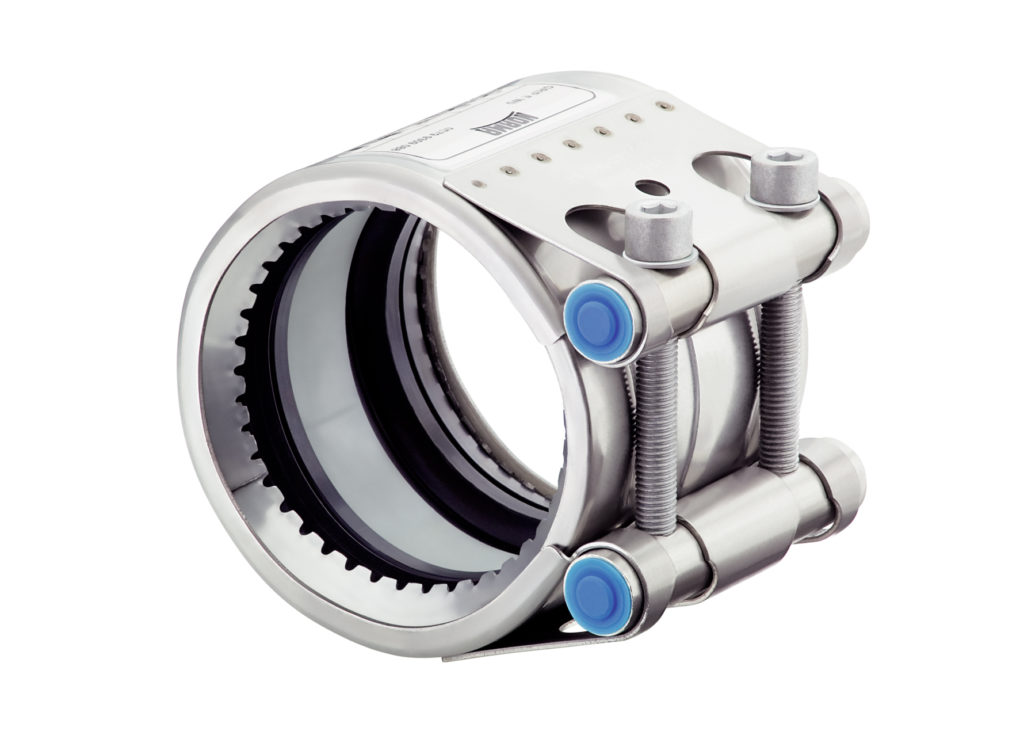 GRIP connects pipes made of metal, plastic or both. The anchoring ring engages surface with its teeth and ensures secure tensile strength. 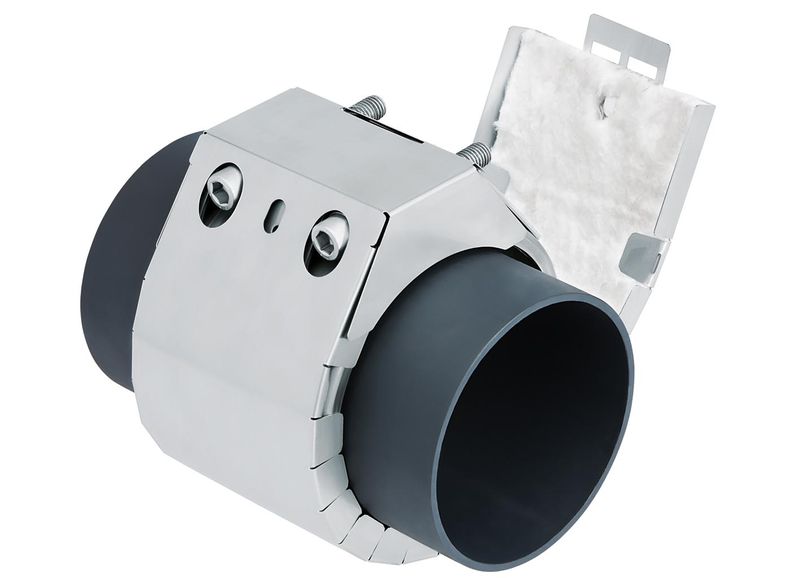 RFP is a retrofittable flame protection housing. Its low weight and straightforward design allows quick, easy assembly without any tools. 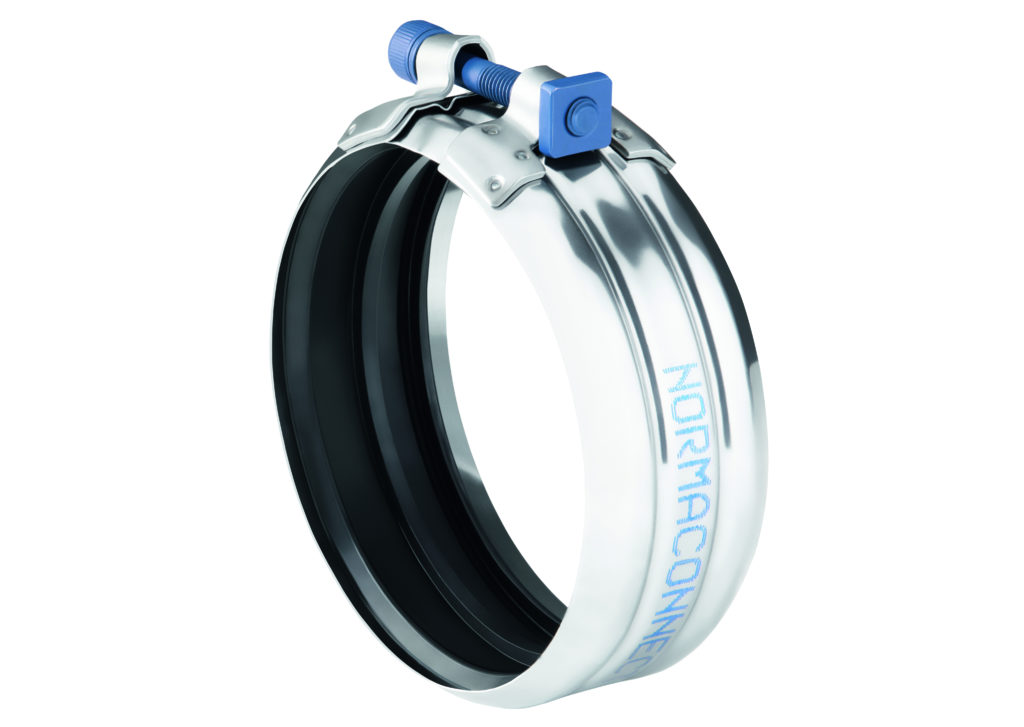 Yet quality demands are significantly higher in tunnel construction than in other construction projects. Underground repairs and renovations are much more complex and expensive. This also applies for tunnel drainage.

The Gotthard Base Tunnel specially deploys so-called surface drainage. It consists of layered gravel which allows water to seep through. Below this, a filter fleece directs the water to one of its many drainage pipes. Around 2.9 million square meters of waterproof film keep mountain water from entering the tunnel. 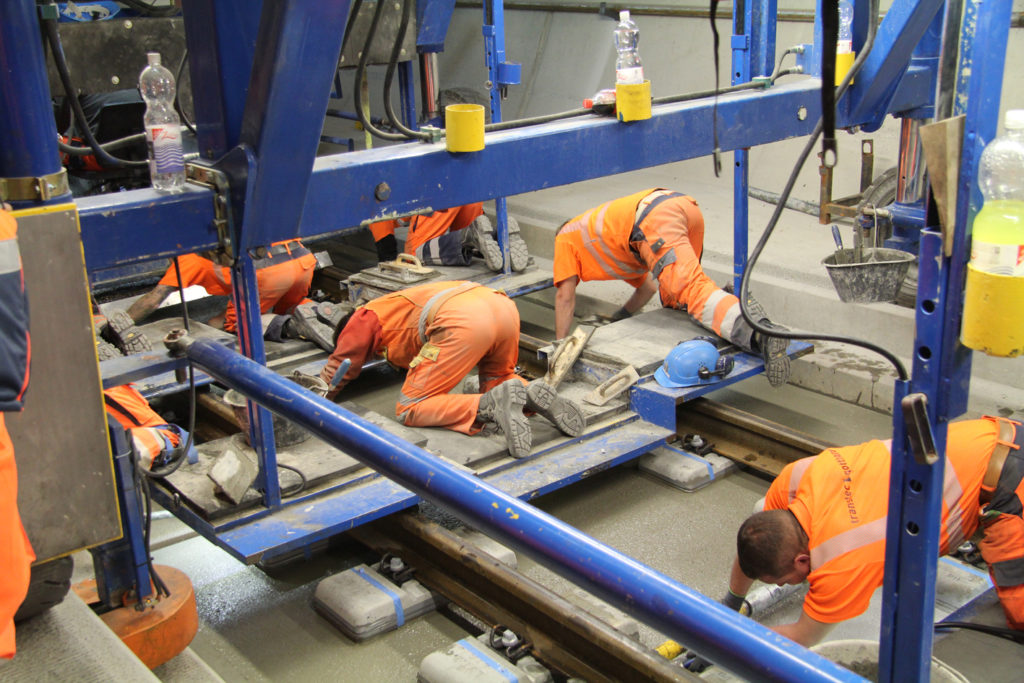 The drainage pipes have a diameter of 630 millimeters and a wall thickness of 20 millimeters. Every 12 meters, NORMA Group pipe couplings connect the pipes. For a tunnel spanning about 57 kilometers, that’s around 4,750 pipe couplings.

The pipes were inserted into the base of the tunnel vault and completely concreted. This can lead to lifting, which could in the worst case cause static issues. The tubes, therefore, were attached to a special suspension before they were concreted.

All facts about the Gotthard Base Tunnel at a glance:

How long is the Gotthard Base Tunnel? Expand

The tunnel is the longest railway tunnel in the world at over 57 kilometers. It stretches up to 2,300 meters under the Alps.

How much did it cost? Expand

The cost of building the tunnel amounted to 11 billion Euros. Construction lasted 17 years. A total of 2,600 people were involved in construction.

How much rock had to be moved? Expand

28 million metric tons of rock were moved for the tunnels. The tunnel boring machines had drill heads with 9-meter diameters driven by ten engines of 350 kilowatts each.

How many trains run through the tunnel per day? Expand

Not yet. Opening the Ceneri Base Tunnel in late 2020 will take the journey from Zurich to Milan from 4 hours and 10 minutes down to 2 hours and 40 minutes.

Has this changed traffic? Expand

Goods transport on Alpine roads has grown by around 1,500% over the last 40 years. Freight trains through the Gotthard Base Tunnel are expected to take about 40 million metric tons from that per year.

The pipe connectors are subjected to high impacts, which they must withstand reliably. Mountain water is aggressive. The minerals dissolved in it constantly eat away at materials.

Water with sulfate, for example, makes concrete swell while chlorides corrode metal. Chemical reactions in the water can also sometimes cause minerals to deposit, leading to clogs. This happens often in sewage pipes when too much lime settles.

Shifting Traffic from Road to Rail

The idea for the Gotthard Base Tunnel has been around since 1947. Rising traffic had been the chief reason for the construction project from the beginning. In the 1960s and 70s, several Swiss government audits were carried out, but none led to the decision to build.

In the 1980s, goods transport on Alpine roads reached record highs. The decision to build the tunnel was finally made in 1989.

Aha experiences at the ISH 2017

Ornate marble on the left, golden water faucets on the right. Design radiators are lined up next to luxurious glass shower cubicles and saunas. A few steps further, a young boy is sitting on a toilet. But only to try it out. The ISH 2017 trade fair attracts around 200,000 visitors from all over the world on four days.

What The Industry Can Learn From Climate Change

The investment that developing and emerging countries make in renewable energy exceeded those of all industrialized countries. In Europe, investments have plummeted by about 20 percent. But how can energy targets be achieved? An analysis.

What is Breakaway Torque?

When a screw is tightened or loosened, various physical quantities are involved: preload force, tightening torque, and breakaway torque. Our expert explains what these terms mean and why they are so important.