Francesco Muglia is National Sales Manager at the NORMA Group site in Auburn Hills, USA. In this interview, he talks about his Italian and Greek roots and how he ended up working in Mexico, Germany, Spain, England and Serbia.

Francesco, how long have you been working at NORMA Group?

I have been with NORMA Group for eleven years. I started working here as an intern while I was still at university in 2012. Today, I mainly work at the NORMA Group locations in Auburn Hills and Lake Orion in Michigan and I provide support to customers at all North American locations.

Were you born in the United States?

Yes, I was born in Detroit, Michigan but my father has Italian roots and my mother has Greek roots. They both immigrated to the U.S. with their parents, my grandparents, when they were children.

What was it like growing up with Italian and Greek roots?

The Greek and Italian language are very different from each other and unfortunately, I didn’t learn either language well enough to hold a conversation. So, from a very young age I had to get used to my parents and grandparents talking to each other in languages I didn’t entirely understand.

This helped me to learn at an early age how to overcome linguistic difficulties, which helps me in my professional life: In a global company like NORMA Group, I deal with people from all over the world and not all of them are always fluent in English. Because of my multicultural background, however, I can usually engage in conversations without any problems.

What is special about your culture?

There are many similarities between the Greek and Italian cultures; the communication style, religion and attitudes toward family are all very similar. Both religion and family are very important. As a child, I went to mass each week and, of course, we have always had family celebrations with a huge variety of food.

The dishes themselves are very diverse from each other, so I never get bored. And since my wife’s family is from Germany, I really have a great mix of flavors in my kitchen.

What influence does culture have on the way you and your colleagues go about your jobs?

You should always be aware that there are cultural differences, but at NORMA Group, we are one big family. There are no barriers stemming from cultural differences. Everyone does their best. The important thing here is to engage with each other, embrace our differences and see diversity as an opportunity and added value.

You have spent time working not only in the United States, but also in Mexico, Germany, Spain, England and Serbia. How did that all come about?

While I was still an intern, I was offered a position as a HR generalist, and to find out whether I would also be suitable as a HR Business Partner after my studies, I was offered a three-month bubble assignment at NORMA Group’s headquarters in Maintal.

During my stay in Germany, I also had the opportunity to visit NORMA Group sites in Spain, England and Serbia for a week each and take part in training sessions there. That was a great experience. I have also been to Mexico many times, because we work very closely with the plants there.

Given the fact that you have already worked in so many countries at NORMA Group, how do the cultures and the corresponding working methods differ in all of those places?

The approach to work is very similar. Of course, there are cultural differences such as the length of lunch breaks or the number of public holidays in some countries. But no matter where I went in NORMA Group, whenever I visited a new location, everyone was very eager to make me feel welcome. There was always someone offering to show me around the city or the culinary specialties.

So, do you feel that there is an intercultural exchange at NORMA Group?

Yes, absolutely. Because NORMA Group is a global company, I work with colleagues from other countries on a daily basis. Having a work routine like this allows me to learn a lot about other cultures.

Is there any highlight or positive event you’ve experienced at NORMA Group that has to do with intercultural cooperation?

Yes, a few years ago, a dozen employees from around the world were invited to attend an excellent change management program at the Frankfurt Business School in Germany.

Our group consisted of participants from China, Australia, Germany, Sweden, the Czech Republic, the United Kingdom and the USA. I was the youngest and had the opportunity to learn first-hand from senior colleagues – professionally as well as privately at dinners together. That was a great experience. 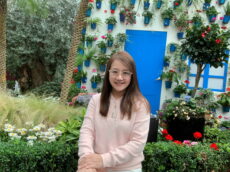 “We respect and value our cultural differences”

CheeEng Lim is a Regional Marketing Manager at the NORMA Group site in Singapore. In this interview, she talks about what makes the culture in Malaysia and Singapore so special and her favorite intercultural experience at NORMA Group. 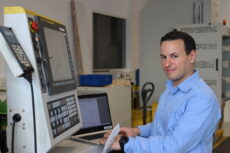 “The more diversity the better”

Fabio Ghirardi works as R&D Engineer i/c Methods Development in Maintal. In this interview, he talks about the added value of intercultural cooperation.

“Diversity makes us stronger and better”

Milos Saravolac is an HR Generalist. As part of a one-year assignment, he is working in the HR department of the German site in Maintal. In the interview, he talks about the differences and similarities between Serbian and German culture and explains why intercultural exchange offers added value for every company.