Nilufar Moosavi is Marketing Manager DS EMEA at the NORMA Group site in Barcelona, Spain. In this interview, she talks about what makes Iranian culture so special and her experiences with intercultural exchange at NORMA Group.

Nilufar, how long have you been working at NORMA Group and were you born in Spain?

I joined NORMA Group last summer – so I’m about to celebrate my first birthday with the company. Originally, I am from Iran, but I moved to Spain about two years ago.

Why did you move to Spain?

I had already worked in international companies before joining NORMA Group. I traveled quite often as part of my job at the time, mainly to European countries like Italy or Spain. I even worked in Italy for a while as one of my former employers’ is based there. I moved to Spain because my husband and I decided to settle down somewhere where you can enjoy both a successful professional life and a high quality of life. The answer to this was Spain.

On this journey, I was able to acquire four different languages. I am still far from mastering Spanish, but I am doing my best to learn it. However, I am fluent in English, Italian and of course Farsi. I have always made a great effort to learn the languages of the places where I live, as it makes a definite difference in understanding different cultures and becoming part of the society, you’re living in.

To what extent have the cultures of Iran and Spain shaped you?

I’ve been born and grown in Iran, so I have to say Persian culture has had a significant role in building up my character. However, I had the opportunity to collaborate with multinational companies that helped me to gain a holistic perspective.

Due to the dramatic changes that have been taking place in Iran over the years, mainly from a political perspective, we all learned to be resilient and always be ready for an unexpected challenge. Even though being constantly on alert is exhausting, it helps me to be flexible and adaptive to different situations and challenges in life.

Life here in Spain is more stable. Even though we are going through a highly unstable situation worldwide due to several different factors, there is a chance to plan for long-term goals. It might sound obvious form a European perspective, but long-term planning is a privilege that most can’t enjoy in my country.

What is special about your culture?

One thing that sets Iran apart from other Middle Eastern countries is its Persian identity, preserved in traditions, language, and many forms of rich art, including literature. I would summarize Iranian culture in three words: Family, hospitality and respect. In Iran, the family is the foundation of the social structure – loyalty to the family comes before any other social relationship.

At the same time, Persian hospitality is a trait long ingrained in Iranian identity. Iranians treat strangers as their dearest guests and “honoring the guest” is one of the principals of Iranian culture: A simple invitation to a cup of tea, for example, can lead to an overnight stay and the question of directions can lead to a new friendship.

There is a word in Farsi “taarof” which follows up with striving to make the other person in the interaction feel as appreciated and welcomed as possible. This is usually done by portraying oneself as secondary to the other person and insisting on letting them go first. For example, one often heats “Yor first, please”, followed by “No, after you”. Respect for others is the number one priority, especially respect for the older members of our society.

We are a country of entrepreneurs. New businesses and ideas blossom around you every day. Despite the complex conditions, we always stand up. That leads me to another important aspect of our culture that I highly value, which is our ability for solving problems as they arise and to deal with uncertainty.

Things that could be dramatic for many, such as emigrating to another country, starting a business, and failing, drastic price fluctuations and more, are easily mastered. We move on.

To understand the previous aspects, I must highlight the incredible levels of empathy that I feel in my country, especially within the inner circle of each individual. You never feel alone, there is always someone to support you and help you. That’s something I really appreciate about my culture.

What influence do your culture as well as the various cultures of your colleagues have on the way you work?

I believe the mix of cultures brings outstanding tools to the table. Some of us are more creative, some others more target-oriented and others more detail-oriented. The combination of these skills helps us create more impactful, innovative, and successful projects.

Another interesting aspect for me is that, yet I find mutual aspects of my culture with my colleagues. Supporting each other comes always first. Regardless of who is leading a project, we all put in the effort to reach the goal. I will never forget the first day I joined the company, I wouldn’t be here if there was not for the support of my colleagues.

Would you say that there is an intercultural exchange at NORMA Group?

Yes, absolutely. To give you an example: I work in a team with twelve colleagues from five different countries. That allows us to draw conclusions about the many cultures in the entire company – what already works on a small scale here is practiced throughout the entire company.

Are there also differences between your culture and that of your Spanish colleagues?

I must admit that Spanish and Iranian cultures are pretty similar to each other. At least in the fundamental aspects. That is why I am quite comfortable interacting with my colleagues. There are minor differences obviously, but it is exciting to discover them.

What is the most positive experience you have had at NORMA Group in terms of intercultural cooperation?

I started working at NORMA Group during the Corona pandemic, which meant that it was kind of difficult to get to know my colleagues – it was a complex situation for everyone. Meeting in person helps build stronger and cohesive teams and we did not have the chance to do it until a couple of months ago. It was a wonderful experience, coming all together to the office and seeing each other in person, away from the monitor. 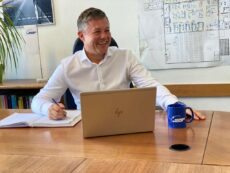 “Working with and across different countries fine-tuned my working style”

Lee Borsberry works as Plant Manager at the NORMA Group site in Hustopeče, Czech Republic. Previously, Lee has worked at NORMA Group sites in the United Kingdom (UK) and Sweden. In the interview, he talks about the different cultures and how he has benefited from the cultural exchange.

Kannika Joompon is an HR and Admin Manager at the NORMA Group site in Chonburi, Thailand. In this interview, she talks about the distinctive features of Thai culture and the corresponding approaches to work. 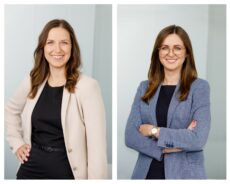 The women behind the Diversity@NORMA blog series

In our Diversity@NORMA series, we present the diversity of employees who work for NORMA Group. In 2021, the focus of the series was on the female employees of NORMA Group. In this interview, the initiators Marie Wöller and Ivana Blazanovic talk about their motivation behind and experiences with the blog series.