In the context of the energy transition, hydrogen is all the rage. Can this energy source turn the dream of clean, environmentally-friendly, readily-available fuel into reality? Two NORMA Group experts discuss the opportunities for the use of hydrogen to power fuel cells.

“We depend on hydrogen to live: The sun shines because it converts hundreds of millions of tons of hydrogen into helium every second. And water is created by bonding two hydrogen atoms to one oxygen atom”, says Jean-François-Surlève, Global Product Manager Fuel Systems at NORMA Group. “Light and water are the two basic necessities that make our planet habitable.” 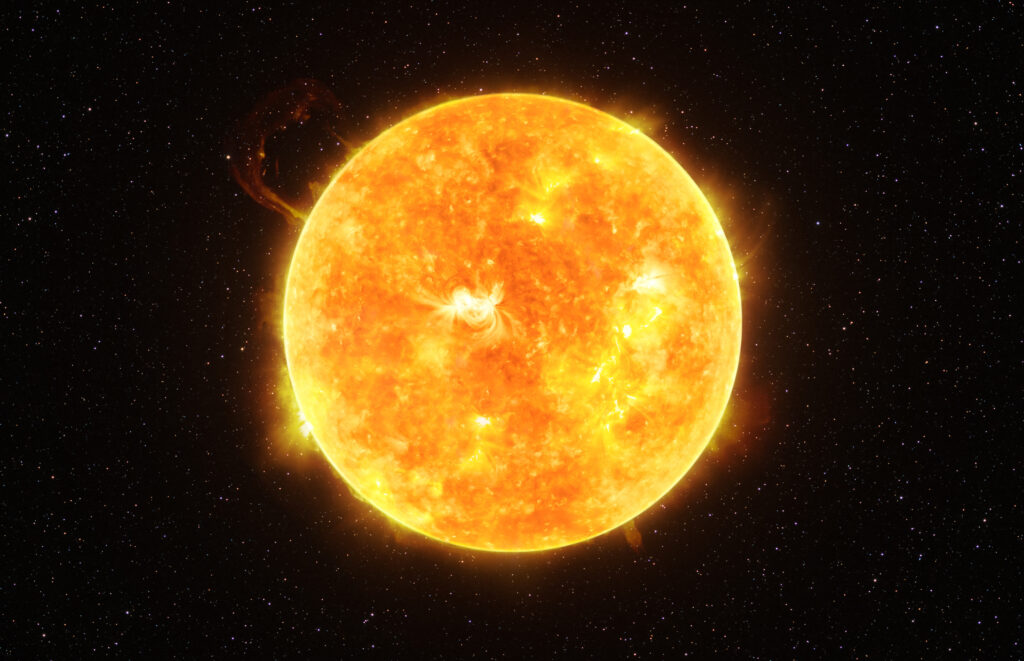 Inside the sun, hydrogen atoms are combined through nuclear fusion. Part of the mass is converted into heat and light energy.

Fuel cell in the vehicle

“Hydrogen-powered vehicles are a subspecies of electric vehicles”, explains Dr. Daniel Koch, Senior Strategy and Innovation Manager at NORMA Group. Unlike the battery electric vehicle (BEV), the fuel cell electric vehicle (FCEV) is powered by hydrogen. A fuel cell mixes the bonded hydrogen with oxygen and converts the resulting energy into electricity. Anyone who remembers the oxyhydrogen test in chemistry class knows that Hydrogen is explosive when it is combined with oxygen. In 1937, the zeppelin “Hindenburg” burned as it was landing in the city of Lakehurst, New Jersey, because the hydrogen in the airship had ignited. But the hydrogen and oxygen in a fuel cell never come into direct contact: They are separated by a material that acts as an electrolyte. Because of this structure, the energy is not released explosively, but in a controlled manner in the form of electric current. When hydrogen and oxygen are combined, only water is produced, and not climate-damaging exhaust gases.

Hydrogen is the lightest of all elements, its mass is much less than that of air. In the periodic table, it has the symbol H. In its gaseous state, hydrogen is transparent and colorless, it has no odor, dissipates quickly and burns without leaving any residue. Hydrogen is becoming increasingly popular and has been credited with solving many of our problems, from urban air pollution to climate change and energy security.

It is actually misleading that hydrogen is often counted as part of the “new energy” sector; after all, it has been produced and used commercially since the 19th century. The basis for the process is water electrolysis: In this process, water (H2O) is divided into the two elements hydrogen and oxygen with the help of electrical energy. The hydrogen then serves as an energy source and can be converted back into electricity as needed. It promises to be the perfect source of energy: an unlimited resource and clean.

Is the operation of fuel cell electric vehicles sustainable? “That depends, among other things, on where the hydrogen comes from, because production can be extremely energy-intensive,” explains Dr. Daniel Koch. A distinction is made between different types, depending on how they are produced:

So far, there is nowhere near enough “green hydrogen” available, which is why many governments and energy companies are pushing the production of “blue hydrogen” as a transitional technology. “If we want to achieve these vital climate targets, we have to focus on the expansion of climate-neutral ‘green’ hydrogen,” says Dr. Daniel Koch. Hydrogen is used in a number of different industries. The mobility sector accounts for only a small fraction; larger areas of application include fertilizers, plastics and steel production. “In these processes, you can’t operate without hydrogen, but in vehicles, on the other hand, there is a variety of alternative ways to supply the drive energy. Therefore, it remains to be seen whether hydrogen, which is currently in short supply, will be used on a larger scale in these applications.” 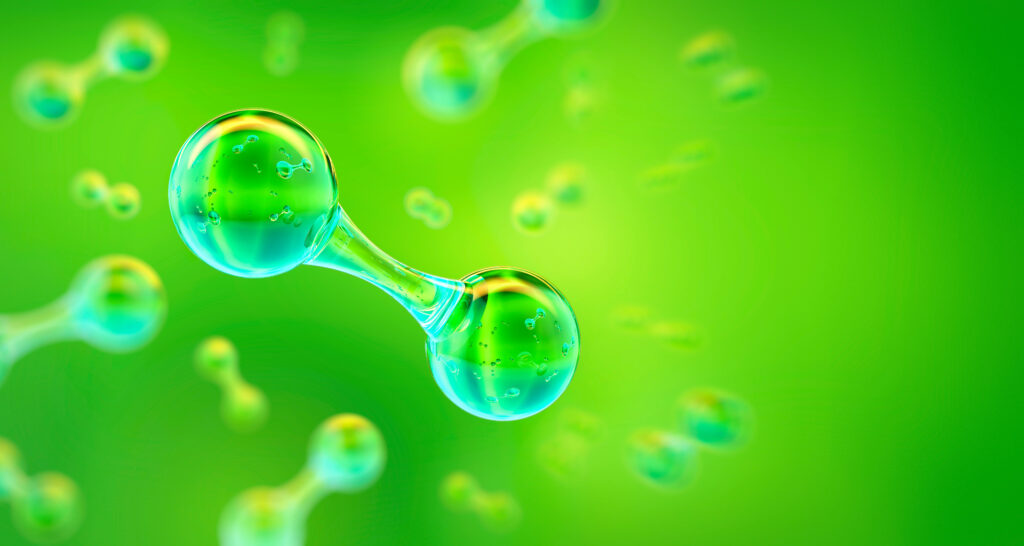 Various colors are attributed to colorless hydrogen to describe how it is produced. If the energy required for electrolysis comes from renewable sources, then “green hydrogen” is produced.

Can’t do it all

Fuel cells are less efficient than full-electric battery power because energy is consumed in the production of the hydrogen and in the conversion to electricity in the fuel cell. “As it turns out, the energy efficiency of hydrogen vehicles is relatively modest,” agrees Dr. Daniel Koch. He sees clear advantages with regard to hydrogen’s energy storage capability. “It can be produced climate-neutrally at offshore wind farms, for example, and then transported over long distances by ship.” Transport is very efficient compared to conventional power lines: About ten times as much energy can be transported at one-eighth of the cost. Gaseous hydrogen, however, must be stored at high pressures of 300 to 600 bar or in liquid form at extremely cold temperatures of around minus 250 degrees. This requires special tanks, both in the vehicle itself and at the filling station.

Other issues from today’s perspective involve the high cost of manufacturing fuel cells – which could change as the technology matures and is commercialized to a greater extent – as well as issues related to the lack of a refueling infrastructure. Some observers believe that the hurdles hydrogen would have to overcome are simply too great and that the question of the future drive system for the majority of vehicles has long since been decided in favor of battery technology.

What are the chances for the hydrogen car?

“Hydrogen is relevant in those areas where electrification of the drive system is unlikely in the foreseeable future, in heavy goods traffic, in ships and possibly in aircraft”, says Dr. Daniel Koch. “Whether there will also be mass-market passenger cars with fuel cells is anyone’s guess at this point”, adds Jean-François-Surlève. “In the case of trucks, I am convinced that it will be possible to achieve emission-free operation with the fuel cell. The reason is simple: Batteries for trucks would have to be extremely strong and thus heavy, making it almost impossible to achieve a reasonable range. In addition, logistics traffic cannot be halted for hours so that the batteries can be charged. The situation is different for passenger cars, where usage times are much shorter and idle times, as potential charging times, are much longer.” 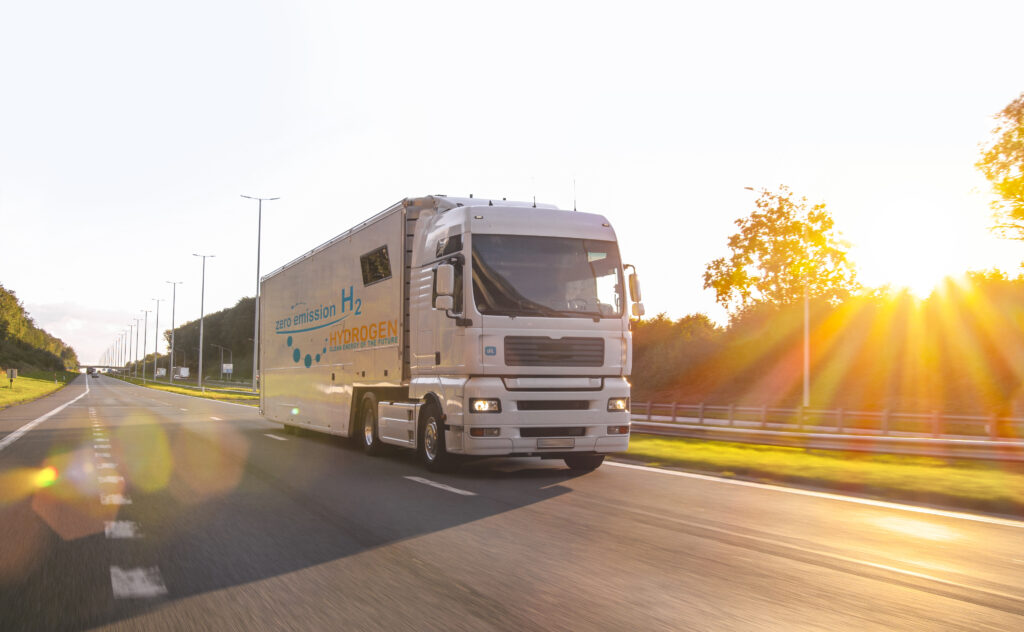 For zero-emission road transport, hydrogen could offer a viable alternative to battery-electric drives.

Hydrogen is firmly established in many strategies as an energy storage medium, including the EU’s hydrogen strategy or China’s current five-year plan (2021-2025). Such policy decisions are attracting a lot of attention, capital and other resources to the field. According to a recent study by a market observer, around one percent of light vehicles sold in China in 2035 will be equipped with fuel cells. That would be equivalent to up to 340,000 cars. Another study even estimates that five percent of all vehicles sold in China in 2035 will be fuel cell cars. (Source: BCG [2022]; PwC [2021]) “Overall, it is not a technical question whether the hydrogen car will prevail, but a question of markets and infrastructure,” says Dr. Daniel Koch. The price of the vehicles will also play a decisive role in whether the fuel cell can become widely accepted, he adds. Jean-François-Surlève assumes that the future will be decided within the next five years: “The emerging market is currently structuring itself and will subsequently evolve around standardized applications.” The sun is shining on hydrogen – but the extent to which the individual mobility sector can become climate-neutral with hydrogen is currently in the stars.